An old house, abandoned and alone in a big field, reminded me of my Grandma's House which was actually just a broken down old farmhouse where Grandma still lived years after Grandpa had died. It was a place of adventure and at times, a place of "magic" to me as a young girl, and to my siblings. Grandma's house was in the country on acres of land and we lived in a small farming town, so the country was a treasured novelty we only experienced rarely. Exciting things (at least for children) always happened at Grandma's. 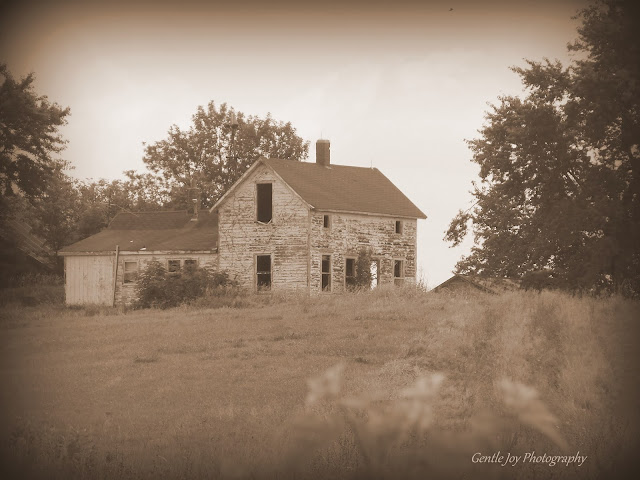 We played hard each day there and, at bedtime, went timidly to the steep stairs behind the closed door, which led up to the bedrooms we would sleep in. The adults stayed up to talk, so we had to feel around in the dark, for the string tied to the railing at the bottom of the stairs that was hooked to the single lightbulb at the top of the stairs. Pulling that string turned on the bulb which only gave a little light, but it was Grandma's House, which made that part of the adventure.
We climbed into bed under what seemed like piles of blankets and quilts and the weight of them made us feel unable to move and we quickly went to sleep. We woke up to the smell of coffee and bacon, knowing the adults were up and the adventure was beginning again. The first stop was the small square window in the hallway which looked out over the grass behind the house. It was a window that had no screen and was hinged so we could lean out and look for deer. It was a special good morning to us, and it only happened at Grandma's.
Grandma's House was the place where Mom's stories of waking up to snow on the floor and bedding in the winter, brought awe to us as we were sleeping in the same room she slept in as a kid... it was the same bare splintery wood floor we walked on in the bedrooms, many years later. The rooms were unheated and cold in winter and we were disappointed not to see snow inside, but the walls had been mostly covered with newspaper, by then, to keep the snow out. The wind still blew through easily and when it was time to get up, we grabbed our clothes and ran down to dress near the coal oil heater in the kitchen.
Some special mornings we would leave just before dawn, when Dad took us to look for herds of deer or elk. We counted them and checked other areas for more herds. We saw many and it was part of the adventure and we came home to breakfast at Grandma's house. Breakfast usually consisted of bacon, eggs fried in bacon grease, potatoes fried in bacon grease, toast with jelly and a small glass of juice. 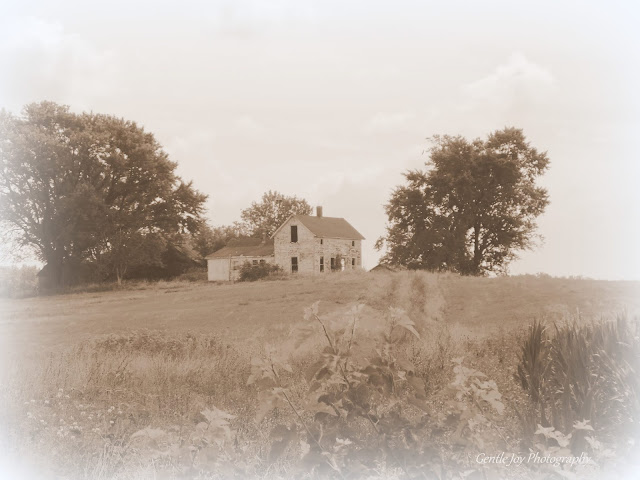 During the day, we would play in the huge old lilac bush that had become our fort or sit in the old banana apple tree in the orchard to see the surrounding area. We explored the old barn, hunted for deer beds in the grassy fields, hiked to Sand Hill or played hide-and-seek in the old cow pasture with grass so high we couldn't be seen by siblings or cousins. It was delightful. We took hikes down the lane to the woods where we bravely explored, knowing bears had been spotted only a few miles away and we diligently hunted for bear by following tracks through many acres.... tracks we later learned were from a big dog, but we thought they still could be bear tracks.
On our long treks, we spent hours walking through fields and woods, not realizing we were on neighbor's property, but then found out neighbors didn't care and we were safe to explore. It was certainly a different time. There was a sense of magic to the time there and when it was time to leave and we headed back home to live in our town many hours away, we always took stories of what had happened at Grandma's house and we dreamed of what the next trip would hold.
I think that may be where I learned to love old houses and wonder about their stories and the people who lived there. I have told my kids many stories of Grandma's House and they loved them. Do you have memories of a special old house? I would love to hear about it in the comments. My grandma's house is gone now, except in the stories I tell my kids and in a few old pictures, but it will always hold a special place in my heart.
My debut book, New Beginning at Rosewood, is not about Grandma's house, but it does have an old house to explore and lessons to learn with Emily, the main character. It is a fiction feel-good, inspirational book, packed with bits of wisdom, some humor and mystery, set in modern day, while looking into the history of the house. A great cast of characters interact and lead to hope even in difficulty. Details below on ordering the book.
~Blessings,
Katherine J Masters 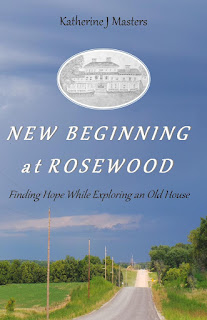 Available now on Amazon
Click on the link to go to the site...
New Beginning at Rosewood:
Finding Hope While Exploring an Old House

at October 23, 2020 8 comments:
Email ThisBlogThis!Share to TwitterShare to FacebookShare to Pinterest

Fall is beautiful here in the midwestern US, with vibrant leaf colors and cooler temperatures. I am reminded that God is such an amazing creator that He even made the discards of the trees a thing of beauty. How wonderful to see the sun shining on, and through, the leaves on the trees and again as they become a carpet under the tree. Yes, winter is coming and it tends to be a bit long and dreary, though it does have its own beauty. How nice to have this brief time of riotous color flame to life, before the leaves dry up and break down to soil. 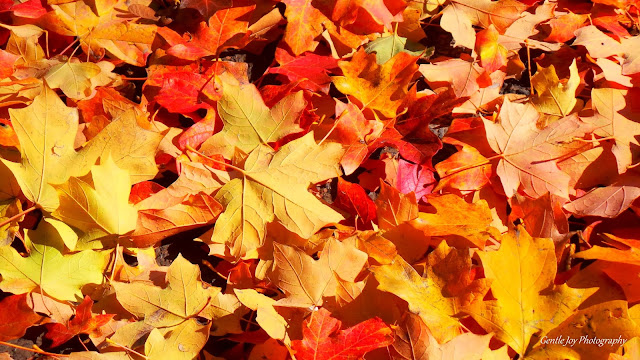 "I will bless the Lord at all times: His praise shall continually be in my mouth."
Psalm 34:1
Blessings,
~ Katherine J Masters
New Beginning at Rosewood: Finding Hope While Exploring an Old House, is now available for purchase from Amazon. 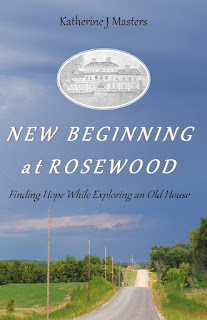 Are You Ready For Winter?

Are you feeling a bit rushed to get things done before winter arrives? I sure am. I see the beauty of the trees turning colors, the fi... 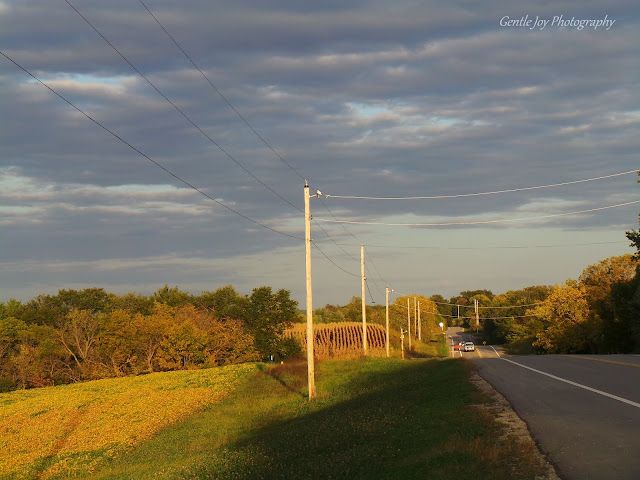